A pedagogy for rhythm

The young college student from Trichy is also a disciple of mridanga maestro Palani Subramania Pillai. He travels frequently to accompany his guru at concerts with the major stalwarts of the time and makes a name for himself on the Carnatic concert stage. All the while he continues his studies, travelling with his textbooks and completes not just his Bachelors in 1964, but a Master’s degree as well in Economics from Vivekananda College in 1966.

Move the calendar forward to 2011. You email Professor Trichy Sankaran to add your message of congratulations to the myriad he must have received the day we all learned he had been selected Sangita Kalanidhi. Less than two hours later you have a reply thanking you. You marvel at the discipline it must take to respond to every message promptly on such a day.

Trichy Sankaran conversed with Sruti’s US correspondent Shankar Ramachandran, after a concert in which he accompanied Chitravina Ravikiran at Columbus, Ohio. Excerpts from the interview:

What was your reaction on receiving news of the Sangita Kalanidhi award?

I received a call at 1.30 am from Mr. Murali, the president of the Music Academy. He was probably calling right after the meeting and the vote or even during the meeting. I told him I considered it my guru’s blessing.

Did you know you were being considered for the award?

I did not know I was considered this year, though I had been hearing for three years that I was in the top list.

You are only the second person living outside India to receive this honour.

After T. Viswanathan. I am also the first recipient from the Pudukottai school. I consider it the blessing from my guru. It is an honour for the percussion fraternity. I am also glad that my hard work and my years of playing are being recognised. And it is not easy to be considered when you are out of sight. Although I live abroad, I am a music professor, I live with Indian music, teach Indian music. I work with Indian music. I am not a software engineer who plays mridangam. In that sense I am not an NRI.

How did you complete your college education while performing with your guru as well?

When I finished high school in 1958, my guru asked me to move to Madras to be with him. My father was very keen that I should complete my education “just in case”. He discussed this with my guru over a period of time. Finally my guru agreed on the condition that I go to college in Madras and that I spend the rest of my time with him. My father agreed and I came and joined Vivekananda College in 1960. I finished my bachelors in 1964 and my masters in 1966.

This must not have been easy?

I constantly travelled with my books. Fortunately I took economics. If I had taken science I would have had difficulty with lab work. It was difficult but I also enjoyed it and had the bent of mind for studies, something that helped me later. That is how I developed an interest in research. My college was also very accommodating and understanding. All of this was a blessing in disguise. While I was a student there I also was able to arrange three benefit concerts to raise funds for a new fine arts building for the college. These were by Balamuralikrishna and solos by Lalgudi Jayaraman and N. Ramani. We raised a substantial sum. 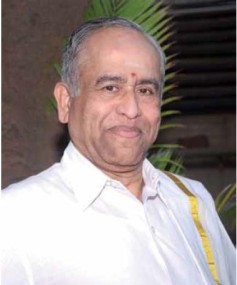 My guru was very ill and we disciples were all standing around. No one knew his concert schedule. Semmangudi Sir asked for me to be sent to Bangalore to accompany him in place of my guru. The date is unforgettable to me. It was May 20th 1962, at Malleswaram Sangeeta Sabha, Bangalore. Semmangudi made a brief announcement before the concert that Palani Sir was not well and could not attend. He asked for a minute of prayer for his speedy recovery. Then he said, and I will never forget his words, “So that we don’t feel disappointed by his absence, we have Sankaran here“. This of course put a lot of responsibility and pressure on me to perform and to be a suitable substitute for my guru. My guru passed away a week later on the 27th of May, 1962.

How did you come to Toronto?

I had an offer in 1969 from Wesleyan University to join the department of music there. This offer came from the musicologist Robert (Bob) Brown. He believed that artists from the source of each tradition should teach at Wesleyan, that musicology should relate to the performing tradition and not just be theoretical knowledge. He offered to recommend me for the Ph.D programme. He took me to Woodlands hotel and showed me a slideshow about Wesleyan University. I very innocently asked him who would evaluate my thesis. He said they had music scholars and they would also consult with peers in the field in India. I was quite interested.

I later consulted with Detroit Venkatesan, professor in Sanskrit studies at the University of Michigan. He coincidentally had come to India on vacation. He gave me valuable advice. He told me that student life in the US would not be easy. “For your stature as a performing artist you should come as faculty and do Ph.D while teaching,” he said. I also had a career that was going well and I had big family responsibility as my parents and siblings were living with me in Chennai. 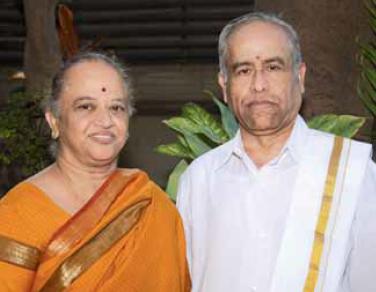 Trichy Sankaran with his wife

I later received an invitation through the Carnatic vocalist Jon Higgins from York University. He was starting a music department there and wanted me to teach rhythmic studies and support him with accompaniment. I agreed to go there for one or two years. The rest is history. That year there was a tour by Lalgudi and Ramani. They invited me to join them for a few concerts. We travelled together and I performed with them in Geneva, London, New York as well as Toronto. Ramnad Raghavan did the US tour with them but I was invited to play in a few concerts. The farewell concert in New York was for four hours.

Can you share your thoughts about your role as a teacher and about your students?

Initially I taught in the traditional manner with the intention of training concert performers. In the early 1970s, a student in Toronto whom I had trained, came to me one day and said she had to pursue other studies. Her father, a doctor, wanted her to go into the medical line. That’s when I had the revelation that our style of training disciples to perform would not work in this university environment.

So I developed a pedagogy of rhythmic studies, the pursuit of knowledge rather than only performance. I found that in Western classical music there was a lot of interest in rhythmic studies. I have a holistic approach. I don’t focus on just training students to play mridangam. I emphasise knowledge and understanding of rhythm. They must be able to comprehend and adapt and apply that knowledge. I have many students who are able to adapt and play korvais and mohra in jazz. I worked to develop a pedagogy for sollukattu or konnakol. I am recognised as one of the pioneers in that area. I have published a textbook on konnakol.

When KVN was teaching at the Carnatic Music College I observed that there was only so much he could teach in a group class. Those who wished to pursue music more deeply went in for private classes from him.

I have trained a few students like that. One of them plays the khanjira well. He used to be a drummer and he was able to learn quickly. Another student is a professor in Halifax. There are a few students in Toronto as well. They can come up to a higher level but becoming a concert percussionist requires continuous performance opportunities. So they are not looking at it as a profession, but rather as pursuit of knowledge.

Has the work you are doing had any influence or impact in India?

Oh yes. Absolutely. Madras University has started a masters programme in rhythmology. I have given a series of lectures there.

At Brhaddvani, the world music institute run by Karaikudi Subramaniam, he always invites me to give lectures and conduct seminars on rhythm.

What about your guru’s bani or style is so special?

This itself is a very big subject. Unless I play and show you it is hard to explain. Palani Subramaniam was the son of Palani Muthiah Pillai. He was from the Pudukottai school which is known for intricate laya. Even Palghat Mani Iyer once said in a lecdem, “This is a Mamundia Pillai korvai in which tisram and chatusram will alternate intricately.”

My guru imbibed this school and created his own bani. The specialty or forte of my guru was accompaniment. It is difficult to describe in words. The style is marked by a characteristic gumki technique, vallinam-mellinam to underscore the lyrics, syncopation, mohra and such.

There is only a fine line between the Tanjavur and Pudukottai schools. Classicism in the percussive arts perhaps reached its peak with my guru. Palghat Mani Iyer and he are like the right and the left eyes of this.

Yes, I follow my guru’s style. That is a true estimate. My guru told me that I should follow his bani, but also develop my own individual style. As an example, KVN learned from his guru Ariyakudi Ramanuja Iyengar, but did he not create a KVN style of his own?

I was with my guru for seven consecutive years, his last years, and played with him as double mridangam for many stalwarts. I was with him and playing with him continuously during that period from 1955 to 1962. It allowed me to imbibe and absorb his style. It also gave me a great introduction to the field. All this I consider to be my guru’s blessings.